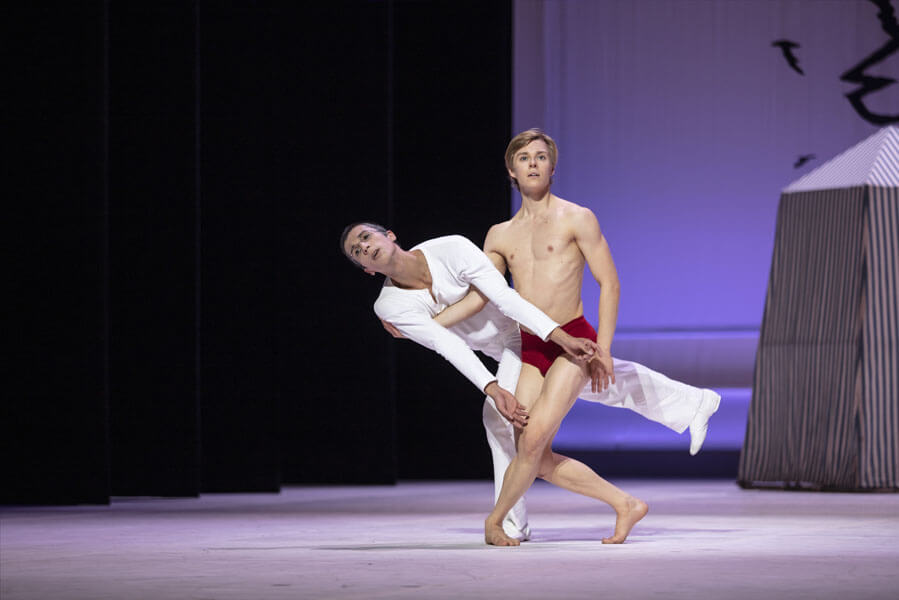 REVIEW: DEATH IN VENICE:
BREATHTAKING DANCE OF DEATH IN HAMBURG

Ballet king John Neumeier is currently in Copenhagen with Mahler’s 3rd Symphony. The Symphony has been staged at the Opera to critical acclaim – and with a medal of honour from our own ballet expert Queen Margrethe.

As director of the Hamburg Staatsballet, Neumeier has put Hamburg on the ballet map of the world since the 1970s with great, classic action ballets and new, original choreography.

In Hamburg, reopenings are slowly taking place, including at the Staatsoper, which has revived one of Neumeier’s new classics from 2003, his ballet interpretation of Thomas Mann’s short story Death in Venice, which you will of course know from Visconti’s beautiful and moving 1971 film of the same name.

Yes, it’s the one where both the outer world – in the form of a cholera-stricken Venice – and the protagonist’s inner world sink into rubble to the tune of the iconic string adagio from Mahler’s 5th Symphony. Check out this little mood clip in case you’ve forgotten how beautiful it is. https://www.youtube.com/watch?v=BUV3Ueobr88

Critics agree that this is one of those rare combos in literary film adaptations, where both book and film are masterpieces. The ballet isn’t too bad either, to put it in Jyish.

Death in Venice is more than a soap opera about a so-called ‘respectable’ man duelling with his budding homosexual preferences, Neumeier himself says of his work.

It is, most of all, a metaphorical picture of how you can break inside when you can’t have the one you love. Especially for artists who come out by being in close touch with their emotional lives.

Art, as we know, is reality seen through a temperament.

In the film version, he is a conductor with a second, artistic constipation.

The ballet (of course) presents the protagonist as a master choreographer who travels to Venice to rediscover the artistic vein. His path crosses an irresistibly blossoming young masculinity, and the encounter is to prove fateful.

At the Hamburgischer Staatsoper, the dance of death is raised to the highest level by a ballet company almost as good as our own. Almost as good, because when you see ballet abroad, you are often struck by how lucky we are in Denmark to have such a strong company as the Royal Ballet.

Neumeier has deliberately opted out Mahler’s music to create a work in its own right. The musical accompaniment is ribbon Bach and Wagner, with partial live accompaniment from stage grand piano, but also veers into AC/DC type Baroque & Roll on blaring electric guitars in one of the ballet’s key scenes, the dance of death on the Lido.

Enjoy a first-class flow of spectacular modernist/graphic set design and sharp bodies for all the money in this production, which is particularly remembered for solo dancer Christopher Evans’ central performance as the troubled artist at the mercy of his emotions.

Tortured by his repressed sexuality and an impossible love affair with the handsome Polish nobleman’s son Tadzio, who, along with the cholera, ends up killing him. After all, it’s rarely real art until someone dies from it!

The Hamburg Staatsoper is a treat for ballet and opera lovers – just 4.5 hours non-stop by DSB from Copenhagen. H. Keep up to date with upcoming performances on their website where the season includes classics from Mozart (The Abduction) , Puccini (Turandot), Strauss (Elektra) and Wagner (Tannheuser) – and off you go! 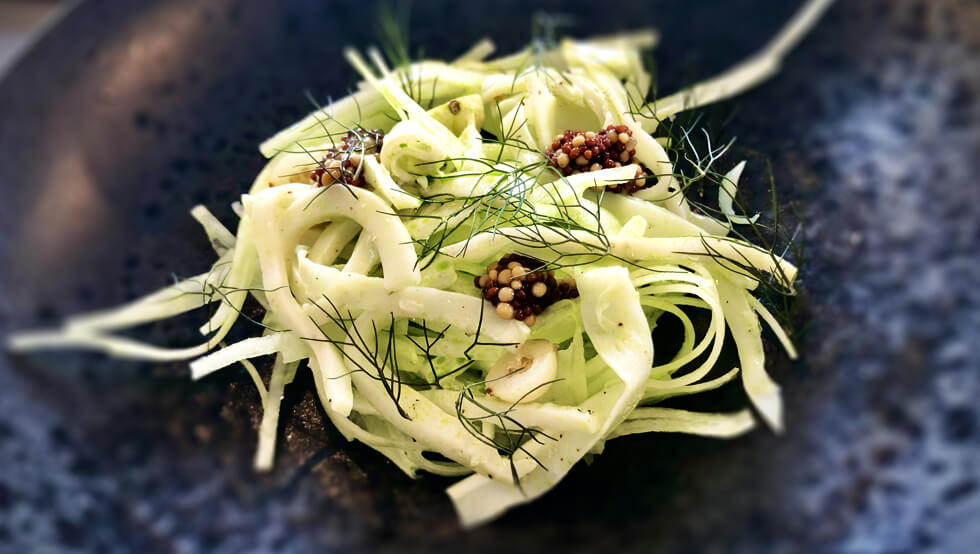 Hamburg now has a Michelin three-star restaurant that offers an impertinent dining table concept, great food and excellent wines at reasonable prices. What’s not to like?

Kevin Fehling is the chef and the brains behind The Table, which makes any trip to Hamburg well worth your while.

The restaurant is installed in an high-ceilinged concrete hall with a razor-sharp interior design..

There is only one table. It is extremely long and snakes its way through the room. The table seats only 20 people, each of whom has plenty of space in which to relax.

Although the waiters are assiduously attentive, there is a superlatively hospitable and indeed informal atmosphere here from the word go. Nevertheless, everyone here appreciates that we are up and running top-drawer here at The Table.

Diners can follow the kitchen staff as they work at large kitchen counters, preparing the deluge of dishes that constitutes The Gate to the World menu. There are 16 small dishes, many of which are little more than amuse-bouches. Everything is created to perfection.

The wine menu offers a lovely Spätlese, an astonishingly good Spanish/French Viognier, a sprightly glass of Côte Rôtie red and an Austrian Auslese that, to quote Raymond Chandler, was good enough ‘to make a bishop kick a hole in a stained-glass window’.

Order your seats well in advance. I was extremely lucky to get in on a late cancellation. So lucky that I should really have bought a Lottery ticket that day. Bon appetit!