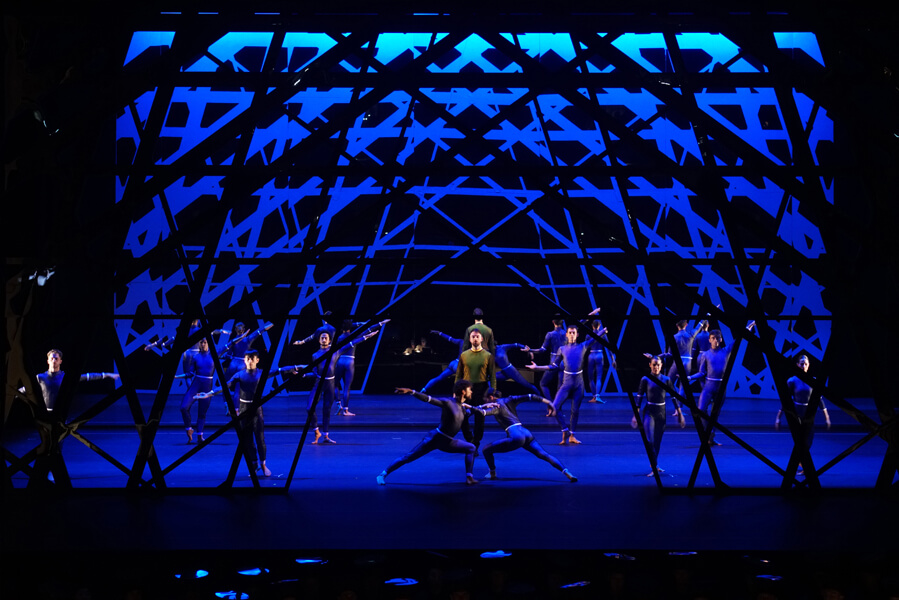 Òlafur Eliasson’s design of the baroque opera Hippolyte & Aricie at the Staatsoper Unter den Linden in Berlin is like a jewelery box sparkling with diamonds.

An overwhelming set-up with so much glitter and glitter that it can bring even a hardened European Song Contest veteran to the brink of an epileptic seizure.

One has been blown away by the French composer Rameau’s baroque opera from the 1750s, which in the hands of an ultra-competent staging team and with star conductor Simon Rattle at play in the orchestra pit, has to that extent been given modern life.

Òlafur Eliasson is the concept maker behind the amazing stage design, which he explains is inspired by experiences from 90’s Berlin nightclubs with his baroque mix of aesthetics and dream-like ambience. Music, dance, lights, interior design, architecture, relationships and conversations between the arts.

It all opens in an über-cool stage design of light cones in a tight, geometric pattern. The actors in the triangular drama that make up the opera’s plot emerge.

The captured, god-beautiful Aricie, who must renounce love and sex to save her life, the infatuated royal son Hippolytes who has opposing ideas, and the goddess Diana, who must prove to have the key to solving the problem.

Add crisp baroque music performed by stunningly costumed singers in the wildest mirror dresses, wrapped in bright yellow chiffon, brilliant as superheroes in green laser or placed in half inside balls of colored fluorescent tubes like yarn keys plugged into the socket.

It quickly gets an extra kick on the accelerator as the stage opens up in giant mirror walls and a team of dancers, first in mischievously sexy silhouettes that mutate into modern dance and exercise body talk as shifting images of forbidden love, forced urges and secret desires. Wow factor so your heart beats even faster!

The story is a baroque opera seria from the time of the French Sun King, where it is about omniscient gods, personified allegories and soft sides of the human soul. As the warning goes along the way: Beware of Cupid’s sharp weapon, it’s always camouflaged in flowers. Interflora has known this for decades….

One can say that the plot is pure old rubbish and has passed the last sale date long ago.

One can also say that the story is eternal because it is about love, which often has to fight against conformity and adopted norms in order to flourish.

It’s half opera, half ballet and absolutely excellent.

Gesamtkunst of the highest standard here in Berlin, where Simon Rattle and the Freiburg Baroque Orchestra are razor sharp in baroque with lots of tempo, rhythm and energy.

Gesamtkunst of the highest standard here in Berlin, where Simon Rattle and the Freiburg Baroque Orchestra are razor sharp in baroque with lots of tempo, rhythm and energy.

The State Opera Choir will soon be in the orchestra pit with the orchestra, soon on stage as part of the sea of people. In black catsuits and equipped with ridiculous, round mirror hats that contribute to the flashing light design. The concluding scene in a super-aesthetic sea of smoke is top-class living performing arts.

I am partly understanding but basically also indifferent to several, international rewievers’  critique of the opera as being power-chasing, superficial and downright almost impossible to look at.

Òlaufur and Rattle have brought the work to life with a clear aim of reaching out to new generations. It is exceedingly successful, which is also evident from the audience, who are a lot younger and cooler than you usually see in the opera. 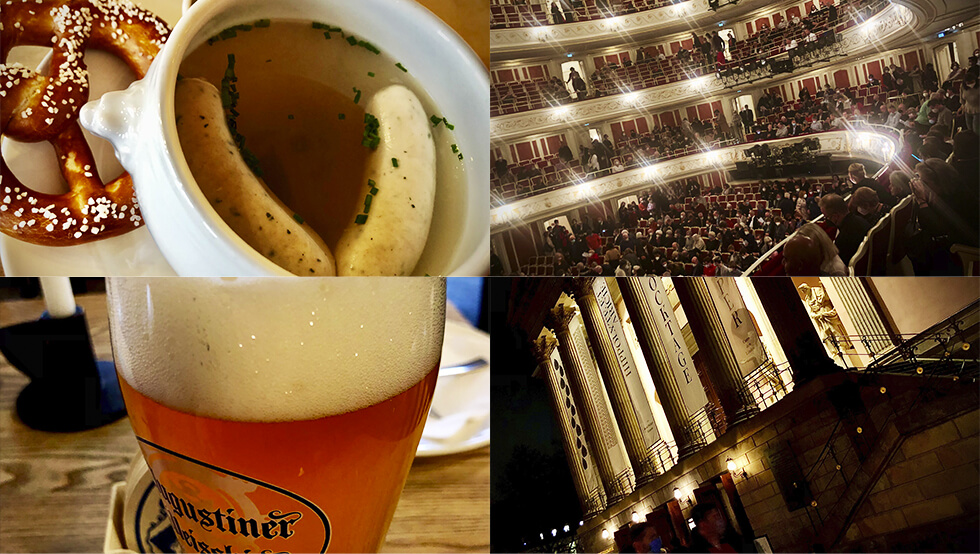 Staatsoper Unter Den Linden has with its history all the way back as the Prussian King Frederik the Great’s private theater from the 18th century been burned down several times.

The opera was rebuilt after World War II and took on the role of the GDR’s opera flagship. Operawashing might be called the cruel, socialist regime’s attempt to legitimize itself today.

Most recently, the building has undergone an extensive new renovation in 2010-17 and today appears as a beautiful opera gem of the old-fashioned kind.

You get completely dry-mouthed by such facts, so what about a trip to the nearby Gendarmenmarkt, perhaps Berlin’s most beautiful place, but it’s not to admire the architecture with the two almost identical church buildings and the concert hall.

It is, of course, to jump into my favorite watering hole in Mitte, namely the Augustiner, which serves the most glorious weissbier and the distinctive weisswurst I have become so addicted to when watching opera in Germany. They are always served in pairs in a bowl of warm water where they lie and enjoy themselves until they are to be enjoyed with sweet mustard and a pretzel.

Weltklasse, if you ask me.