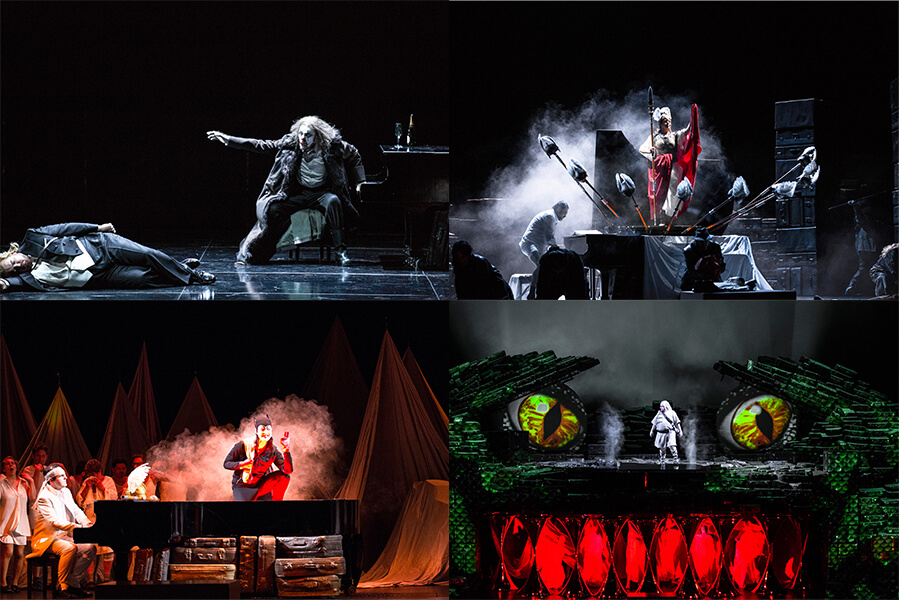 A real live wolf runs across the stage in the opening minutes of The Valkyrie. The second part of Wagner’s The Ring of the Nibelung kicks off with an opulent tableau, a blizzard of snow and a whirlwind orchestral overture.

Now we realise that the hundreds of suitcases that were so central to the visual and thematic concept of The Rhinegold – the first part of the Ring – were not simply a one-night wonder.

The suitcases, either piled high in mountains of perfect disarray or meticulously laid in stringent architectural arches on an otherwise naked stage, are a metaphor for the journey the Ring takes us on – you and me, and the Ring’s vast and disparate yet intimately connected panoply of characters – and a reference to the baggage every one of us drags along behind us.

(Some would draw parallels with a politically correct refugee agenda. Personally, I find that difficult to plot into this exuberant odyssey – the most epic of narrative epics.)

Nevertheless, this grand-scale deco-gimmick is open to interpretation.

So open that I’m not sure that any of the parties involved benefits in any way.

I found it difficult not to lose my way in this production, overloaded as it is with tangled symbols, dark metaphors, implicit parallels and subtle references – in conjunction with the obvious opulence and breath-taking music.

This is perhaps the crux of the matter. Despite its splendour, this production of the Ring has met with a mixed reception. When stage director comet Stefan Herheim took his bows after the final curtain of The Götterdämmerung, the fourth and final part of the Ring, the audience booed vehemently.

If you venture to create a chaotic, imaginative and, at times, infantile, operatic universe, that’s Germany for you.

Festive and daring but the many creative ideas most often seem destined to entertain rather than to form part of a razor-sharp concept.

A large, magical grand piano is another key and consistent symbol. Using deus ex machina techniques worthy of any Las Vegas show, this production conjures up one astonishing tableau after the other, apparently out of the blue.

The characters take it in turns to use and abuse the piano, at points in the narrative where they are instrumental (sorry) to steering the plot.

Siegfried screws his sister Sieglinde well and truly on the instrument, ostensibly to both parties’ complete satisfaction, with final orgiastic thrusting that is obscenely but perfectly synchronised with the orchestra. Bang, bang!

Later still, Siegfried himself is buried inside the piano until Brünnhilde, his half-sister with whom he is also in love, bestows a winged helmet on him and brings him back to life. Stay awake! There’s a lot to keep track of here!

Cool, corny and entirely off-subject: A costume that has more than just passing resemblance to an iconic 70s Elton John costume with white feathers, also revived by Lady Gaga in a recent TV appearance, appears in The Rhinegold worn with diamond-set spectacles to drive the reference home. But why? Shenanigans of this calibre do not appeal to a conservative German audience.

I seem to recall having found the music more absorbing on previous occasions. Led by Scotland’s Sir Donald Runnicles, the orchestra has received little praise from German and international critics. The woodwind section in particular has been criticised for poor tone and imprecision. Not far off the mark.

The singers are of course top class. Clay Hilley is a magnificent Siegfried and Swedish star soprano, Nina Stemme, receives standing ovations for her Brünnhilde.

Wotan, majestically delivered by Iain Paterson, battles in vain to get the world to play by fair rules and peace-keeping strategies and alliances.

He fails in particular with his peace-keeping mission when, at the very beginning of the narrative, the gnome Alberich – in this production disguised as The Joker with a mullet haircut – snatches the Rhinegold and moulds it into a powerful ring everyone wants to get their hands on, the pursuit of which leads towards collective annihilation and (hopefully) ultimate reincarnation.

The Ring portrays a slow, gradual disintegration of the world order – and there is undeniably something about the destructive that fascinates.

I was invited to attend a full house at the Deutsche Oper in Berlin. I was an impressed witness, although not entirely convinced by the first complete performance of Herheim’s The Ring of the Nibelung – about 20 hours’ opera over four days. No matter what, this was a delight for opera buffs, a fantastic spectacle – and the technical performances were superb.

Four stars from Det Sku’ Du Se (Got To See This) may seem poor but is actually above the average verdict of international reviewers. 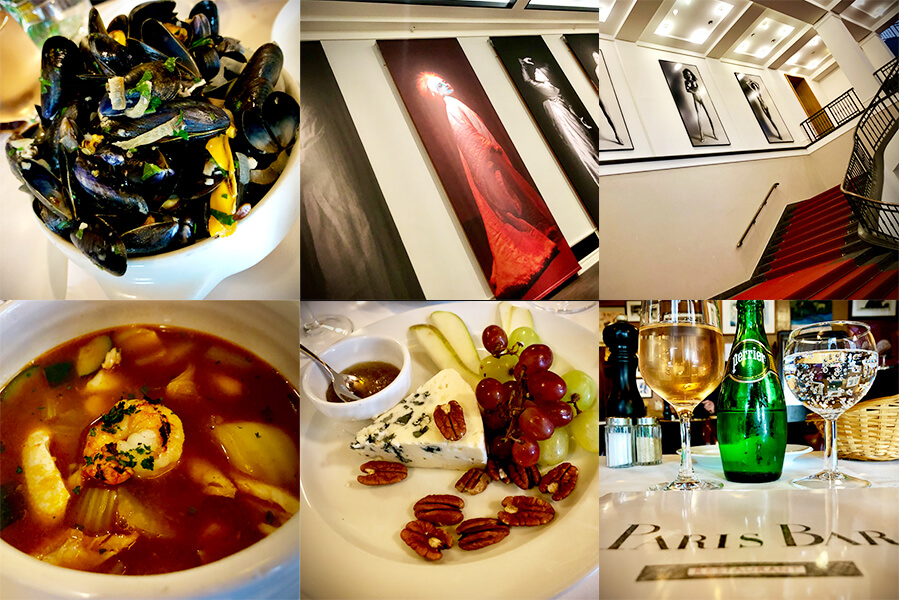 If you are going to Berlin and see the Ring or one of the many other good performances at the Deutsche Oper, it is practical, square and good to live around the completely square Savigny Platz. I borrowed a hotel bike and rolled to the theater in 5 minutes without overheating my tuxedo.

The location has the advantage that the legendary Paris Bar is located a bit off Kantstrasse.

Culinarily, it’s a pretty ordinary French bistro, but the place has a fun nerve, and I made it my regular lunch spot during my reportage trip to the Ring and a few other operas.

The menu is classic bistro with a little simple salads, a few soups, mussels, tartar, steak fries, etc. at completely casual prices. Tasty, right on target, and without trying to bulge it up to something that sounds more than it is.

The servants have the right, slightly arrogant attitude towards such a suddenly landed, foreign bird among the tribal audience, which in this classic Berliner nest can be more colorful than so many other places. The arrogance subsides after a few days, after which they remember how one would like his coffee. Then you are approved.

Should you have time to spare, visit the Helmuth Newton Photo Museum not far away, with all the iconic supermodel images that are still challenging and evocative in their larger than life formats.

Currently running a side-by-side, special exhibition with photos by theater photographer Ruth Walz, which is absolutelybeautiful and easy to overcome in half an hour. Then you are warmed up aesthetically, and completely ready for opera.