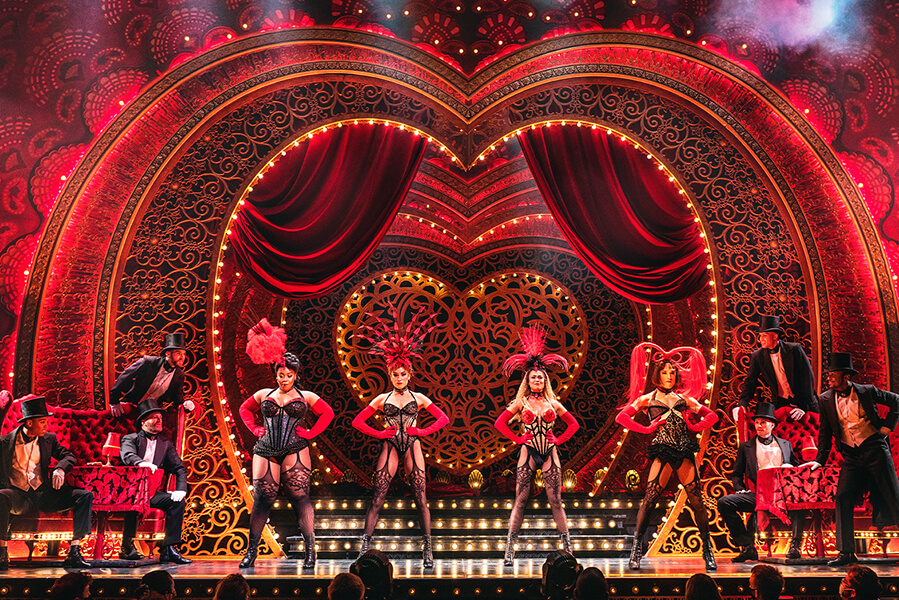 Hey sista, go sista, soul sista, flow sista….voulez-vous coucher avec moi? The musical version of Moulin Rouge may not be so good that you want to move in with it, but it’s set up for a one-night stand you won’t soon forget.

Now the musical is back in action at the Piccadilly Theatre in London’s West End.

Let me tell you, it’s got a lot of stage design, dance dynamite and heavy hit music. It is said to have managed to squeeze in upwards of 90 smash hits in this awesome  show, with one dance number replacing another in a production of uncommon standard.

The story is said to be based on the Greek tale of Orpheus and Eurydice.

In the Moulin Rouge interpretation, it has become the epitome of a jukebox musical, appearing as a mix of Puccini’s La Bohême and Verdi’s La Traviata.

The soundtrack, which helped secure the film’s success in 2001, has been updated with fresh hits featuring everyone from David Bowie to Rick Astley, inspiring noble London critics to coin the term karaoke musical. The band, who sadly never emerge from the orchestra pit, are perhaps the most well-performing musical back-up I’ve ever heard.

He falls in love (the old American way) quickly and headlessly with the iconic club’s celebrated top star Satine.

Love soon blossoms to the tune of Elton John’s Your Song, which – in addition to being the show’s musical leitmotif in varying, skillfully arranged arrangements – has the same effect on me as Puccini (sob).

But Satine has a secret. She is dying of tuberculosis and knows that happiness is impossible.

Project Christian is complicated all round, as the show is short of money and facing bankruptcy – the theatre manager has virtually promised Satine to a greedy, Russian-like investor who is betting on taking over the whole shop, including the wooed top star.

Along with a couple of rather festive, strongly-playing sidekicks, Christian tries to foil the scheme – but alas – before the threads can be untangled and love lived out, Satine ends up on the wrong side of the graveyard (underside.)

Moulin Rouge is a dazzling tour de force, a blistering pastiche of musical and visual punch that mostly succeeds in keeping the overtly contrived story afloat.

Neither the characters nor the delicious plot really get under the skin.

But one is entertained at the top level by a formidable production quality, and a cast from the top musical shelf.

The laughs, a veritable battle zone of pyrotechnics and glitter cannons, are led by Liisi LaFontaine as the endearing Satine, flanked by a charming Jamie Bogyo as Christian.

Both with excellent vocals, as indeed did everyone on stage. The show’s large dance ensemble has so much drive that you just have to surrender.

After the corona, Westend goes full steam ahead again. The selection of musicals is completely overwhelming and the level is towering. Dear Evan Hansen is a hot ticket that I have yet to experience.

You can easily find shows with more calories than Moulin Rouge, but hardly anything quite as spicy. An elderly gentleman two seats from me had a heart attack during the performance, and had to be helped out by the guards.

As I read on a sign in a chocolate truffle shop down Piccadilly after the show: only too much is enough! 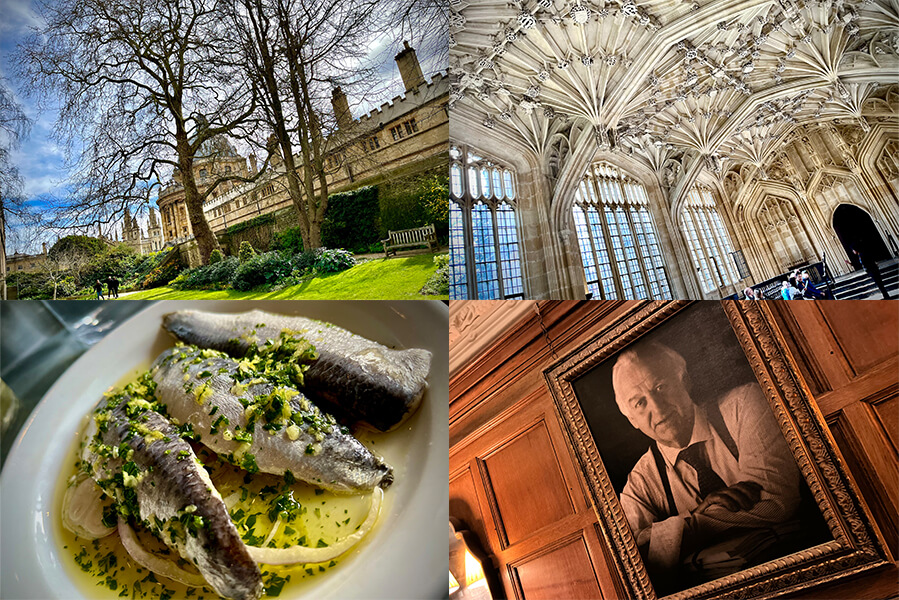 TAKE A BREAK IN OXFORD-TIPS

Oxford is easily reached within an hour of your London theatre tour.

Take a day trip or grab an overnight stay in the beautiful university city and follow in the footsteps of Inspector Morse and Lewis.

The lovely oldschool Hotel Randolph in the city centre houses the original Morse Bar, where author Colin Dexter developed the idea for his novel character and named him after the bar.

Allegedly, this was done over a lot of gintonics, and the result was the lovable, slightly life-weary and melancholy Inspector Morse with a penchant for the ladies, drinks and classical music.

You’ve probably seen some of the TV crime dramas featuring Morse, Lewis and/or Endeavour (Young Morse, as it’s called in English). They run almost in a loop on DR and can be streamed endlessly. Get started.

All the episodes are set in Oxford, within an amazingly small area that is both incredibly beautiful and quite fun to watch in real life.

Take a guided walk with the university students (easily available online) and see it all in a couple of hours including a couple of the halls of residence with the picture-perfect courtyards that are not otherwise widely available.

Who needs solid food when you can drink Guinnes? Enjoy a few at The Bear pub, Oxford’s oldest and dating back to the 12th century. The hundreds of cut-off ties that adorn the pub’s walls and ceilings are the result of a bizarre quirk by a former owner.

Chiswick Boathouse is brilliant in good weather and, as well as the good food, you can enjoy punting through the still waters of the river – why not in a suit with your girlfriend and some champagne on board.

Tourists and locals alike point to Ship No. 1 as the best eatery in town.

The menu includes some really good oysters and fish from the southern English waters around Plymouth/Cornwall.

In addition to the good food and great atmosphere, there’s an interesting selection of British champagne and wine that’s not too shabby. Highly recommended.

Nicest in town is perhaps the breathtaking, Anglo-Gothic hall of the Christ Church complex of fabulous, historic buildings that have been used in countless films.

Have a nice trip!