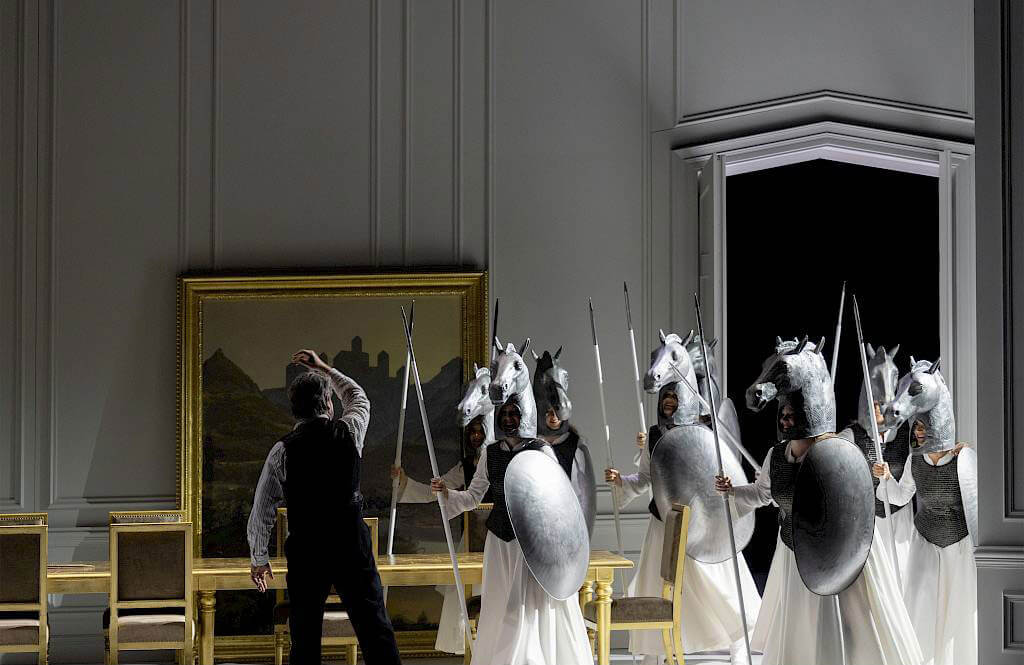 Death catches up with everyone over the course of the four mega-operas with a combined running time of almost 20 hours that make up Wagner’s Ring. At the gala premiere of the Ring’s second part, Die Walküre, at the Zurich Opera House, however, it seems as if rigor mortis has entered a few episodes too early.

A kind of endless, modernist palace three-way scene was the focal point of Homoki’s lean and mean Rhinegold, which had its Zurich premiere in April.

Got To SeeThis  was on the spot and you can read the review here: ★★★★★☆ REVIEW DAS RHEINGLD ZURICH

InDie Walküre, both orchestra and soloists are on par with last time, if not stronger.

It’s as if Homoki is as locked into his stage concept as the high god Wotan is, here in Wagner’s great saga of power, love and destruction.

A lot goes on in The Ring, but dramaturgically Wagner seems to lean most towards long, dramatic passages, where the music unfolds the full range of emotions in a massive, multifaceted orchestration, as only Wagner can do it.

The more you experience The Ring, the more you come to enjoy the many so-called leitmotifs that give a string of the story’s characters, locations and props their very own ‘jingle’.

Wagnerians are people who can geek out over all these more or less virtuous musical teasers. It’s a pretty satisfying insight when you start to get the hang of the construction – and can crack the codes.

The tormented Wotan (Odin) is sung convincingly and powerfully by Tomasz Konieczny, who also played the role in The Rhinegold.

A lot of fuss could have been saved if Wotan had put wife Fricka in her place earlier in the proceedings – before she causes all the havoc as woke defender of holy matrimony and clean lines in sexual intercourse.

We have the trouble when she (convincingly delivered by Patricia Bardon) – turns on Sieglinde and Siegmund’s budding, incestuous relationship and demands Wotan’s intervention. The sibling pairing is otherwise superbly fashioned by a brilliant Daniela Köhler and an excellent Eric Cutler.

Back in Valhalla, Wotan summons his valiant Valkyries, but the eagerly anticipated iconic Valkyrie ride is rendered unintentionally comic and completely spoiled by the silly horse masks the Valkyries are equipped with.

An odd misstep from such a highly regarded director as Homoki.

Gripping, on the other hand, is the long scene where Wotan lays his cards on the table before his favorite daughter Brünnhilde in a fine performance by Finnish/Swedish Camilla Nylund.

Moving on the inner lines, but so still on stage that it somehow dampens the audience experience.

Suddenly one misses Stefan Herheim’s Las Vegas-like, spectacular and wildly dynamic version of The Ring from Deutsche Oper, which in places was clearly too much of a good thing – but never left the hall for so long at a time for pensive introspection of the actors’ inner world.

Violent applause hammered down on the cast at the end from a tuxedo-clad audience who seemed to have got the Valkyrie they came for.

A version that cemented Wagner’s reputation for the musically unsurpassed – but also suffered from a somewhat introverted and slow dramaturgy.

The sequel follows with Siegfried 5. March 2023 and Götterdämmerung 5. November 2023. 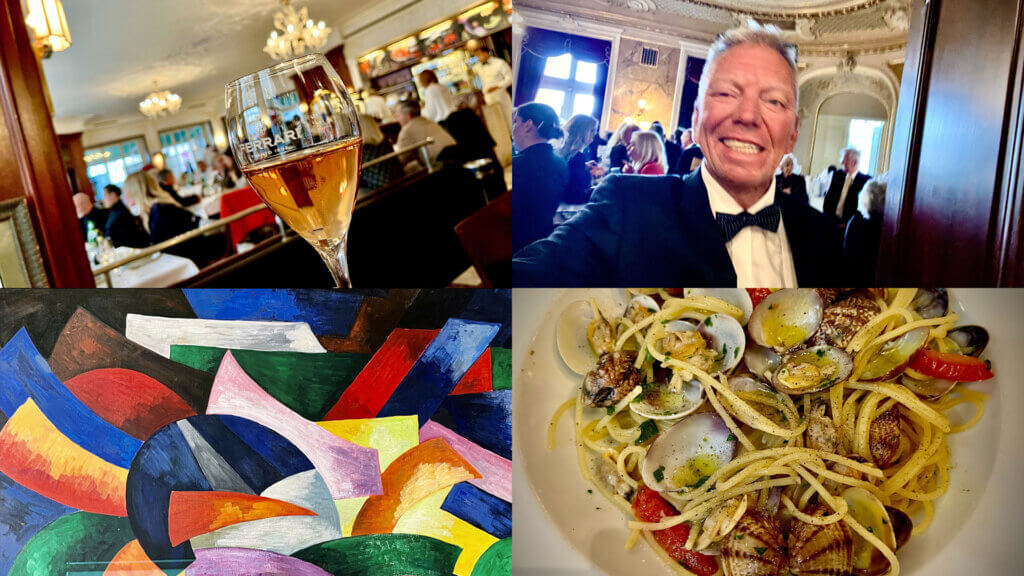 You are a decent human being and have just enjoyed a drink or two in the hotel bar after arriving late at your hotel.

I myself usually stay at the relaxed Hotel Europa 100 metres from the opera.

The next morning you get up fresh and stroll to the Kunsthaus Zürich, 10 minutes away.

The museum seems wealthy and has some nice permanent exhibitions of modern art + the normal museum selection of French Impressionists and Dutch masters. In particular, a digital venture called Digital Lab is worth a look.

After the museum which is done in a good hour including good coffee in the cafe, you sprinkle down to the lake and hop on a Kleine Seerundfart.

Lunch is recommended immediately after at my favorite place Bindella, where you’ll have booked well in advance, of course.

Bindella is a lively, busy Italian restaurant in the old town with small winding streets and a lovely atmosphere. It has a high end feel a la FIAT and Victor and is a great place to have a good time.

For something a little more refined, head for Conti, owned by the same family and 10 minutes away.

Shopping on the world-famous Bahnhofstrasse is for the serious affluent with a penchant for Gucci and similar top brands.

After the evening’s performance, Brasserie Schiller will be open on the corner opposite the opera. With its traditional brasserie cuisine and good service, it’s an excellent place for a quick late-night snack and reflection on the theatre experience.