THE BARBER OF SEVILLA • SALZBURG FESTIVAL 2022 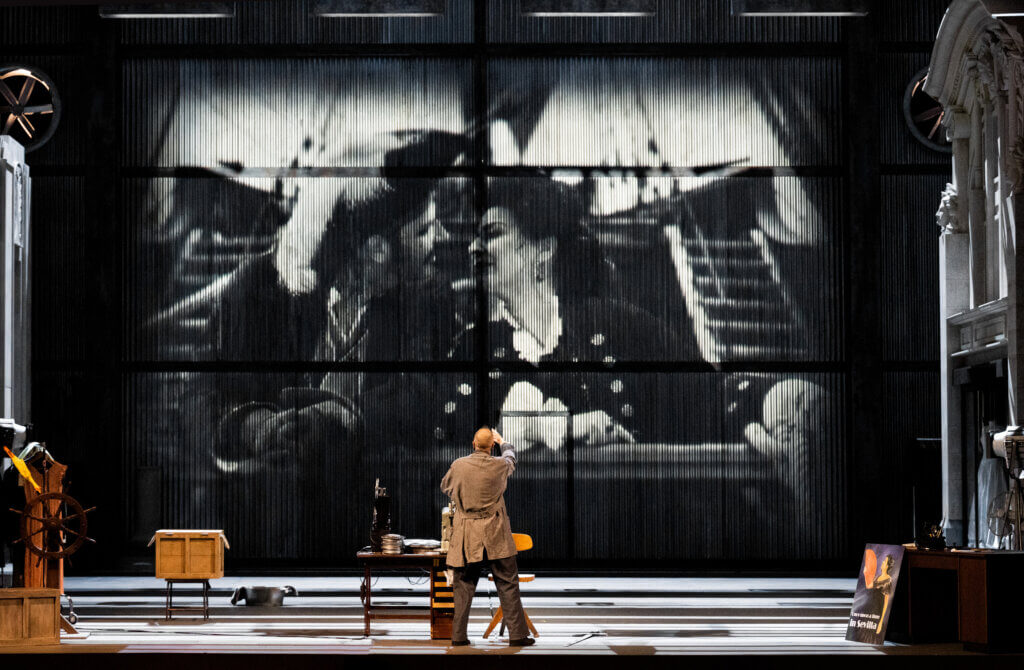 REVIEW THE BARBER IN SEVILLA: BARTOLI SALZBURG’S DARLING IN THIS YEAR’S AUDIENCE HIT

Cecilia Bartoli has it like a fish in the water in Salzburg’s five-star deluxe version of The Barber in Seville.

She’s got bite, she’s got body, and she hits a lot of swishes with her tail that thrill the conservative Salzburg audience like I’ve never seen anyone do before.

Bartoli, who is married to a Swiss tenor and lives in Rome and Zurich, is an unparalleled audience darling with record CD/DVD sales and a string of prominent positions in the music world that have made her a huge role model and the uncrowned queen of the Salzburg Festival.

The staging and innovative concept behind this whirlwind of a Barber is due to world-renowned Mexican-born star tenor Rolando Vilazón, who has scored a huge success with his take on the Rossini classic, which from start to finish pays homage to the slapstick silent universe of Hollywood’s early years.

The opening is glorious from the first bar of the overture. Cecilia Bartoli stars in a lovely trailer as a Hollywood silent film star in a string of perfectly retro-produced silent film scenes as a pirate, Cleopatra, Jeanne d’Arc and similarly iconic characters.

All watched in the ‘darkness of the cinema’ by an enthusiastic film operator who has fallen in love with her, and is soon drawn into the opera’s action as the meta team interfere with Rossini’s foolishness.

Who is this film operator? I wonder if it’s you and me, Vilazón asks in the programme notes. A sweet and charming touch that gets to the heart of the story’s buffa-nerve. And then it starts – over hill and dale!

Figaro, the barber who knows how to pull the right strings and make things happen, is in this version a pleasant topbelly type, portrayed with great vocal excess by Nicola Alaimo.

In short, it’s all about his conquest of lovely Rosina (Bartoli).

The plot, an endless comedy of errors, is staged with astonishingly tight timing, mixed between live action and deeply original video projections of silent film iconic highlights, where everything from Mephisto to Frankenstein is blown up on perpetually running giant-sized set pieces and slips into the action.

Bartoli makes her entrance teetering on a swing in a five-foot-tall birdcage, without it impugning her vocals, which are razor-sharp, though the role is a typical breakthrough performance for soprano stars-to-be.

Bartoli is now 56 and completely impressive both dramatically and in sound and technique.

She made her professional debut in the very same role at home in Rome in 1987.

The staging is so crammed with madcap whimsy and accelerating neo-poetry that a summary makes no sense.

How the stage is taken shortly before the interval by a mixed army of Roman legionaries, Redcoats from the Napoleonic Wars, Spanish conquistadores, Prussian bayonet forces and barbarian Vikings, I still have trouble grasping. To be honest, it all moves at a pace that’s almost a little too much of a good thing. But you don’t get bored!

Things get a little tighter in the show’s best scene shortly after the interval, when Bartoli flirts the house down in a splendid interlude with the false song teacher, who as we know is Count Almaviva in yet another disguise.

The scene ends with a several-minute interruption due to thunderous audience cheers.

If you’ve been to the Salzburg festival and experienced the average age, it’s surprising how much gunpowder there actually is in the seniors.

Some critics have argued that The Barber is too light a work to stage at the Salzburg Festspiele, considered among the year’s most high-profile opera events.

The criticism bounces off the audience, to say the least, who keep the applause and the projections going after the nearly four-hour performance for over fifteen minutes.

Innovative opera ballast in the heavyweight class is provided by ‘real’ artists like Barrie Kosky and Roman Castellucci. Here it’s Vilazón and a stellar cast, with the Vienna Philharmonic in a party mood, pulling off the Barber in a luxury version that you just have to indulge in – cultural heavyweight or not.

Five huge stars for The Barber.