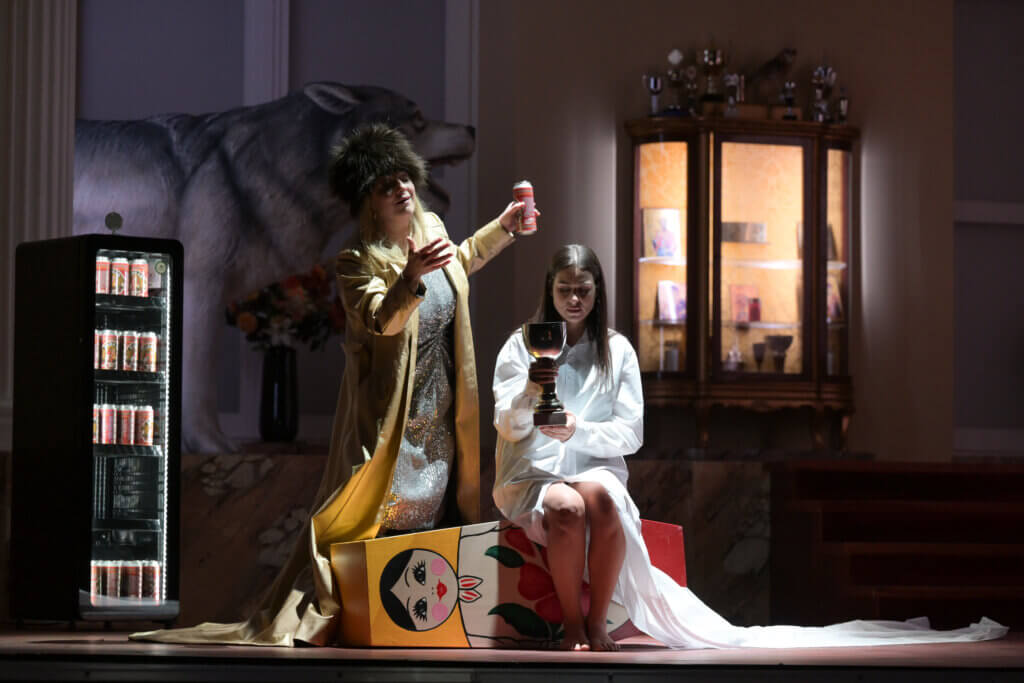 A disturbed Russian princely family in an disturbed staging of The Sorcerer doesn’t really take off in the Frankfurt opera, despite committed orchestral playing and a first-rate performance by Asmik Grigorian in the title role.

The opera is a rarely performed Tchsaikovski, composed in the late 1880s, just between the better-known Eugen Onegin and The Queen of Spades.

The dramatic, Puccini-esque thriller plot otherwise seems to have the right ingredients, but there’s something about the execution and psychology of it all that fails to really take us where the hallelujah – button is.

Tchsaikovski himself thought that The Sorcerer (Die Zauberin) was the best of the seven operas he wrote, but of course he didn’t get to see Frankfurt’s current and rather strange dramatization by the otherwise much sought-after young Russian director Vasily Barkhatov.

Natasha, (Asmik Grigorian) runs an out-of-town establishment where partygoers and free-thinkers meet and go wild – far from the prying eyes of the commoners and the long arm of the law.

The party is good, right up until the prince’s son, and soon after, the prince, stop by and are fascinated by the straightforward atmosphere among the quaint group of lecherous libertines and playful liberals.

The priest is quick to warn the prince against the games, which can quickly lead to disrespect and anarchy. It smacks a little of the Weimar Republic and Babylon Berlin.

Excited by his encounter with the beautiful and exciting Natasha, however, the prince tells the priest to back off, setting off a predictable chain reaction of abuses of power. Next to a bitter woman, the most dangerous thing in the world is an underappreciated priest who wants to meddle in politics.

After a series of intrigues, it all ends with the princess poisoning Natasha in jealousy, whereupon the prince shoots himself.

The suicide is committed after he has first murdered both his wife and his son (who is also burnt hot on Natasha) on the night he has come to kill her, in a half-hearted attempt to save the family honour.

The story’s DNA revolves around the critique of power, law and morality, there’s church conspiracy and battle-dressed police, heavy stuff that, on paper at least, seems to benefit from a lifted, humorous treatment.

The sympathetic Barkhatov has indeed staged the bloody plot in a lively stage design that seems inspired by soap operas, with odd cinematic cuts in the form of aprupt curtain calls – but it all seems flakey and unfocused despite the energy of the many, ludicrous performances

Tchsaikovski is injected with a series of scattershot stage jokes, funny costumes and goofy props that are supposed to provide a 1990s update, but often seem somewhat contrived and silly.

The prince’s son arrives at Natasha’s Place in full boxing outfit with gold boots and some sort of World Cup belts, carried by his hangarounds, where we are to believe that Natasha get a crush at him.

The princess does pilates on the floor of the mansion wearing pink home-fitness clothes a la Hollywood Housewifes, when she’s not just looking hot in a silver sequin dress, blonde locks and nice, long legs.

A bust of the prince in the middle of the dining room table turns out to be made of foam plastic on tilting legs, as the underappreciated priest uses it as a punching bag, treating it to tight hooks and circle kicks.

The prince himself snuggles on the sofa with his German shepherd between visits to Natasha, who becomes increasingly affectionate. The dog, by the way, is playful and quite cute, curious about the whole set up it has ended up in.

It may sound like a lot of fun, but it all seems very made up, leaving top soprano Asmik Grigorian as sold for stick liquorice in a role that thankfully features a number of utterly beautiful arias that allow her to showcase her brilliant talent.

Asmik is worthy of the evening, as is Iain MacNeil as the Prince and Alexander Mikhailov as the Son, but the fine performances of the soloists are dragged down by a slightly too patchy staging that fails to maintain the level of the other two performances I saw on this Frankfurt visit.

It has to be said that for once the German opera press is more enthusiastic than I am, praising the performance for being musically compelling regie theatre. On the other hand, perhaps there is a reason why The Sorcerer is as rarely performed as it is. That makes four stars from Det Sku’ Du Se (Got To See This) 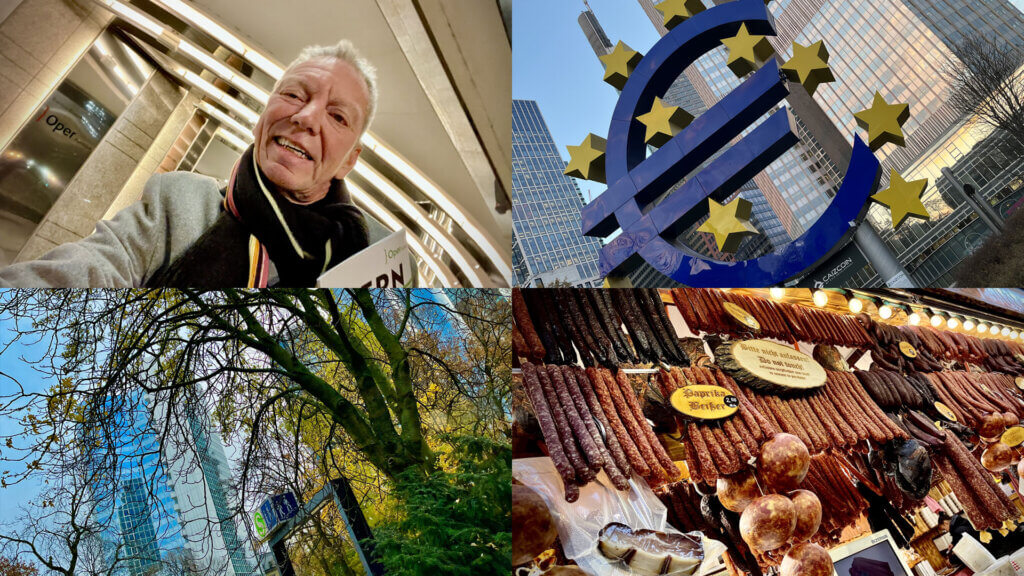