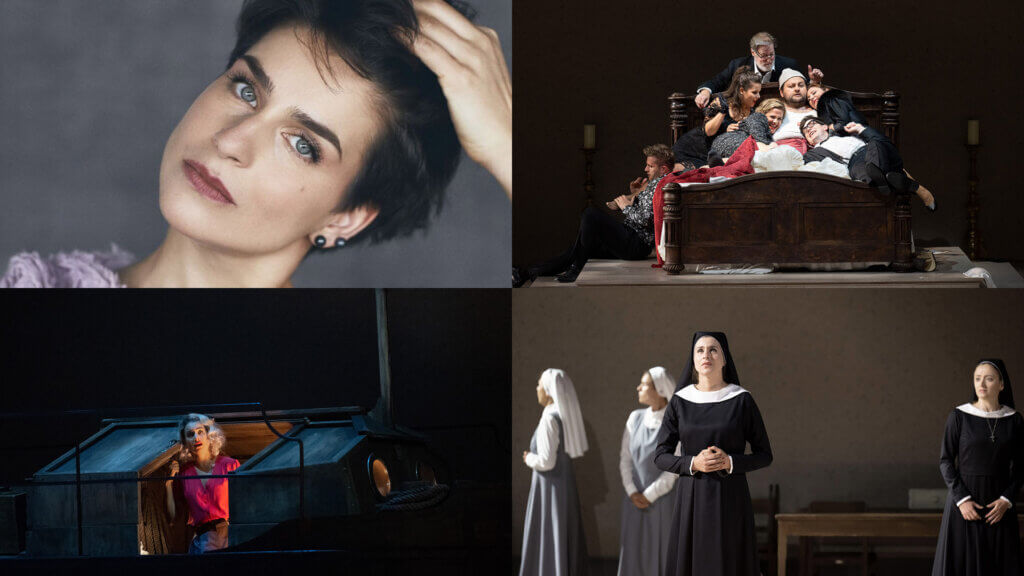 REVIEW IL TRITTICO: SINGER OF THE YEAR TAKES PUCCINI TO THE SKIES IN SALZBURG

With her performance as the sister Angelica in the Puccini masterpiece Il Trittico, I witnessed perhaps the most gripping opera experience ever.

Angelica, the daughter of a wealthy noble family who does not tolerate shame, has had a child out of wedlock. The child is immediately taken from her and she is sent to a convent to atone for her sin.

For seven years she has waited for news of her family and worshipped the hope of reunion with her son.

One day her aunt arrives, devoid of empathy and compassion – only to tell her that Angelica’s parents are dead and that she will henceforth take control of the family, including the fortune. All that is missing is Angelica’s signature. Go ahead – sign here!

– And don’t worry about your bastard son anymore, he died of fever a few years ago!

Overcome with grief, Angelica mixes a deadly poison from plants in the convent garden, which she has time to drink before she remembers that suicides don’t go to heaven, and that she is thus forever separated from the son she had planned to meet in Paradise.

One last prayer, however, brings a bonus. The Blessed Mother takes pity, and reunites Angelica with her son, who comes running onto the stage for a poignant, heartbreaking embrace.

That moment starts a sobbing in the hall that you have to have been there to understand. I myself was tearful from that second and for hours after, and I’ve read of other seasoned commentators who were too.

The story is Puccini at his most emotional. It helps, of course, when the Vienna Philharmonic presses along.

In this staging by in-demand director Christof Loy, Angelica’s grief and final redemption stood out as most presently done through the opera’s solemn, grand mix of music, set design and dazzling live performances.

Led here by an immensely well-sung and dramatically captivating Asmik Grigorian, who also sang the wildly famous Castellucci Salome at the 2019 Salzburg Festival, which I was also lucky enough to experience. Most recently I have read her referred to as ‘The Salzburg Sensation’.

I’ll definitely be at the Frankfurt Opera this December/January when she sings the title role in the revival of a slightly earlier Puccini opera, the equally melancholy Manon Lescault, which has a dreamy courtesan plot somewhat reminiscent of La Traviata.

Il Trititco, as you know, consists of three one-act plays, with three isolated stories that, according to director Loy, have no common theme other than ‘sides of the human soul’.

Il Tabbaro is almost a French film noir crime drama a la Maigret with unredeemed longing as its focal point.

Finally, Gianni Schicci is an operatic comedy about greed, which in the theatre specialist Christof Loy’s so deft, humorous character direction unfolded as one of the funniest operas to spoil audiences at this year’s festival.

A Trittico that lifted Puccini to the skies. Top class at six stars.